Sainsbury’s is trialling an Amazon Go-style store where customers will be able to pay via a smartphone app without having to go through a checkout.

The local convenience store in Holborn in Central London, where more than 80% of in-store transactions were already cashless, is the UK’s first till-free supermarket.

It will still accept payments by cash and card but customers will have to go via the helpdesk.

However, it will not sell items which require age verification, such as alcohol and cigarettes.

“We know our customers value their time and many want to shop as quickly as possible,” says Sainsbury’s group chief digital officer, Clodagh Moriarty.

“Technology is key to that. This is an experiment rather than a new format for us. It hasn’t been done in the UK before and we’re really excited to understand how our customers respond to the app experience.”

The trial will run for an initial three months, with further roll-out dependent on shopper feedback.

Dettol is launching a sustainability campaign alongside two new eco-products as part of its pledge to make all of its products 100% recyclable and reusable by 2025.

The Trigger Project, which has been developed by McCann London, launches with two ads confronting significant ecological issues, such as plastic in the ocean and landfill waste.

Dettol is hoping to create a “trigger moment” towards more responsible cleaning.

“We believe we have a responsibility to help clean up the world and that starts at home,” says marketing manager Ciaran Lyne.

“The Dettol Trigger Project will incorporate a range of initiatives to help reduce impact on the environment. We have a lot of work to do but this is the start of an exciting journey.”

The campaign will run for three months across TV, cinema and out-of-home, as well as in-store and social activity and a Metro cover wrap telling the full story of The Trigger Project.

Driven by a better-than-expected performance in North America, its second-largest market, Spotify Premium subscribers were up 32% year on year in the first quarter, reaching the high end of its guidance range of 97-100 million.

Soccer Aid to include female players for first time

Female ex-professional football players will play alongside male counterparts for the first time in this year’s Soccer Aid for Unicef charity football match.

Working in partnership with the Football Association, match organisers have agreed to allow two top tier female players to play on each team for the full 90 minutes alongside a mix of male ex-footballers and celebrities.

“This is a hugely positive step forward for football, and for girls across the world who don’t want to be told what they can or can’t do,” says Penny Mordaunt, minister for women and equalities.

“It’s right that the FA supports equality, and we must keep moving forward to make sure female athletes have all the same opportunities as men.”

The game at Chelsea FC’s Stamford Bridge on 16 June, which will be broadcast on ITV and STV, will be monitored by Brunel University researchers who are conducting an ongoing study for the FA into mixed adult participation in recreational football.

Following a slow start to the year, consumer spending in the grocery sector increased by 5.9% for the four weeks to 20 April, the highest level since the late Easter in 2014 and the summer heatwave of 2013.

According to Nielsen data, the unseasonably warm weather, coupled with Mother’s Day and the late Easter bank holiday weekend, all contributed to the improvement in sales growth.

For the week ending Easter Saturday (20 April), overall sales peaked at +15%, as shoppers bought into attractive seasonal offers that complemented the warm weather, both in store and online.

Over the 12 week period, all grocers – aside from Sainsbury’s – experienced growth, with Aldi and Lidl maintaining their double digit growth and combined market share of 16%.

Retailers with smaller stores, such as the Co-operative (+3.5%) and Iceland (+4.5%), continued to outperform the average market growth, whilst food and drink sales increased by +1.6% at Marks & Spencer, its best performance since the summer of 2018.

However, shoppers are continuing to shift spend away from the ‘big four’ – Tesco, Sainsbury’s, Morrisons and Asda – which have seen their combined market share fall to 64% over the last three months.

“The underlying trend here seems to be that economising rather than compromising is still the key consumer mindset,” says Mike Watkins, Nielsen’s UK head of retailer and business insight.

“Looking ahead, it will be important for retailers and brands to keep up sales momentum through increased promotional activity as we head into the summer of 2019 in order to match the levels of last year’s hot summer and the boost from the World.” 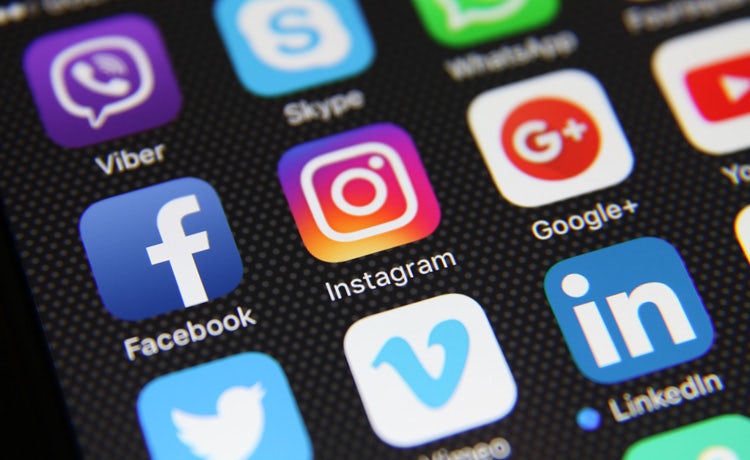 Samaritans works with Facebook and Google to reduce online harm

Suicide prevention charity Samaritans is working with tech giants including Facebook, Google and Snapchat to help limit the impact of harmful online content as part of a new government-backed campaign.

The initiative comes as the government looks to crack down on social media companies showing harmful content such as terrorism, child abuse, self-harm and suicide, which is becoming a growing concern.

The government has said it will create an independent watchdog and legislate for a statutory duty of care from social media firms, but this could take months or even years, so ministers are keen to find ways to change the behaviour of tech giants in the meantime and make platforms safer for users.

Health secretary Matt Hancock is due to outline plans for the new scheme at a roundtable later today.

Apple’s latest quarterly results are expected to show a continuation of the slump to iPhone sales first reported in January, despite its share price rising.

Wall Street is expecting iPhone revenues to be 17% lower than the same period last year, when it reports its latest quarterly figures on Tuesday. This is worse than the 14% drop recorded in the previous quarter.

This decline is expected to lead to a 5% fall in Apple’s overall revenue to $57.4bn – the same decrease as last quarter – very different to the 16% growth of its past fiscal year.

The rise to Apple’s shares reflects growing confidence on Wall Street that January’s iPhone slump and profit warning was a one-off blip rather than the beginning of a sustained decline. Shares in the tech giant have added about $300bn since the shock last quarter, meaning it got within 1% of the $1trn threshold it first crossed last summer.

READ MORE: What to expect when Apple reports earnings this week

It beats last year’s Avengers: Infinity War, which set the record at $640m, and becomes the fastest film to break the $1bn threshold, doing so in just five days.

The movie is the 22nd in the Marvel Studios superhero franchise, which began in 2008 with Iron Man.

Horn adds: “Though Endgame is far from an end for the Marvel Cinematic Universe, these first 22 films constitute a sprawling achievement, and this weekend’s monumental success is a testament to the world they’ve envisioned, the talent involved, and their collective passion, matched by the irrepressible enthusiasm of fans around the world.”

Jaguar Land Rover is developing “smart wallet” technology that will allow it to reward drivers that share data with the IOTA cryptocurrency.

The auto manufacturer plans to install the software in its cars, which will automatically report useful data, including traffic congestion and dangerous driving conditions such as pot holes, to navigation providers or local authorities in return for IOTA coins.

These coins can then be used to pay for tolls, parking or charging electric cars.

The technology is being tested at Jaguar Land Rover’s software engineering base in Shannon, Ireland. So far, vehicles including the Jaguar F-PACE and the Range Rover Velar have been fitted with smart wallet features.

Uber seeks $91.5bn valuation making it the second biggest in US tech history

Uber is seeking a valuation of up to $91.5bn, making it this year’s largest IPO and putting it on track to become Silicon Valley’s second-largest IPO ever behind Facebook.

However, the valuation is lower than previously hoped for. The ride-hailing app is pitching shares to investors at between $44 and $50, meaning the initial valuation could be $80.5bn at the lower end.

Uber had suggested to some investors last month that the price range would be $48 to $55, which would have valued it at up to $100bn. It is also lower than the $120bn suggested by investment banks last year.

If it achieves the top end of the range, Uber stands to raise as much as $9bn itself from the IPO, while existing investors such as SoftBank, Benchmark and co-founders Travis Kalanick and Garett Camp could also sell up to $1.4bn worth of stock.