Waitrose wants to show it is doing more than just headline-grabbing in its efforts to reduce plastic waste with the launch of a long-term campaign ‘Partners against Waste’.

Since Blue Planet II aired on the BBC at the end of 2017, Waitrose’s customer services team has seen an 800% increase in questions about plastic. Customers are also engaging regularly on social media with the supermarket about plastic, packaging and food waste.

This is what prompted Waitrose to launch its “most prominent and impactful” CSR campaign to date, which it hopes will encourage customers, employees and suppliers to think more sustainably.

“One of the biggest risks with this issue is that it’s regarded as a short-term marketing moment to hero our headline and move on the next day,” Waitrose’s brand manager, James Morrison, exclusively tells Marketing Week.

“As a partnership [Waitrose is owned by the John Lewis Partnership], CSR is a fundamental part of what we’re here to do. The truth is we’ve always been doing these things and the great thing is customers are so interested it’s given us real freedom to be able to share this in more detail.”

What’s important is we address plastic waste in a sustainable way  that can create long-lasting behaviour change that customers understand and that the business can survive on.

The new campaign will focus on educating customers through various plastics and food waste-related stories, highlighting what Waitrose has achieved so far, the progress it is making and keeping them informed about future plans and pledges. It has also created a logo for the campaign, which aims to show how customers, suppliers and its staff are working together to tackle the issue.

“Our customers are really knowledgeable about some of the intricacies involved in the supply chain so we’re constantly finding ways that we can share those stories, even if they are quite niche or quite specific,” Morrison says.

“We’re constantly talking to customers about what is important to them. That remains a strong influence in terms of how we operate.”

At launch, the campaign will predominantly run on Waitrose’s own channels through a combination of in-store activity, content in its weekly newspaper and magazines, CRM and social media. While Waitrose would not disclose how much it is investing in the campaign, it says it will remain a priority and its presence will increase as time goes on.

How Waitrose is addressing the issue of plastic waste 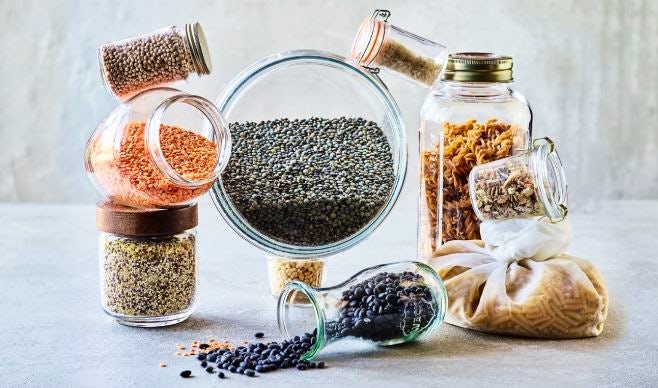 Waitrose is currently trialling a refills and bring-your-own container scheme at its shop in Botley Road, Oxford, as part of a series of ideas it believes have the potential to save thousands of unnecessary plastic and packaging.

This includes 160 types of loose fruit and veg, dispensers for pasta, rice, coffee and cereal, and beers and wine on tap, as well as the UK’s first supermarket “pick and mix” for frozen fruit. It has also removed plastic wrap from flowers and indoor plants.

Fighting the war on plastic: The brands trying to break our plastic addiction

Waitrose is also aiming to be black plastic-free by the end of the year. Morrison says the retailer is currently looking at all the products it sells and asking whether the packaging is necessary, including on avocados, pre-packed diced vegetables and carrying out store sampling activity in single-use plastic pots.

“It’s a really important issue but what’s important for us is we address it in a sustainable way that isn’t just in pursuit of a headline; and it’s done in a way that can create long-lasting behaviour change that customers understand and that the business can survive on,” Morrison concludes.

“Banning plastic overnight would be a very difficult thing to achieve. Instead what we’re doing is working with suppliers, customers and our shops to create ways to do it that will last for the future. If anything, that’s the thing we’re trying to lead, is the approach that we take.”